On 1st November I spoke in the chamber on the justice system and women, I stated the continued cuts to legal aid funding mean that there is a rising number of litigants in person. Many women have to face their abusive partner in court, with no assistance on how to navigate the complexities of the law. More needs to be done to protect women during the legal process. What steps is the Minister taking to increase legal assistance for women and ensure that justice can truly be done?

On 2nd November in Cabinet Questions, I informed the chamber that latest assessments suggest that only 51% of 16 to 17-year-olds are registered to vote, compared with 85% of adults. In Neath, we have had successful voter registration awareness events to encourage under-18s to register. Will the Minister please explain the Government’s plans to promote young people’s registration?

On the 8th November I asked the following in Business, Energy and Industrial Strategy questions “Swansea Bay Tidal Lagoon would power 155,000 Welsh homes for 120 years, sustain 2,232 construction and manufacturing jobs and safeguard our steel industry. Will the Government now give Swansea Bay Tidal Lagoon the green light and trigger the new dawn of an industry worth £15 billion to Wales and the UK”?

I attended a debate on reductions to Employment Support Allowance and Universal Credit on 17th November and said the following “The welfare state has been the jewel in the crown of British politics for over 70 years. The concept was brought to life by a number of Liberal reforms during the first two decades of the 20th century and has been improved upon and matured by successive Labour Governments. The central principle that led to those Acts of Parliament was the delivery of social security—a safety net of the state, there to catch people who are down on their luck and who have experienced trauma in their lives, whether that be illness, accident or unemployment. This right to social security was then enshrined in article 22 of the universal declaration of human rights in 1948. The notion of social security and welfare is not one that the Labour Party wishes to monopolise, and we must recognise the symbolic importance of the fact that many aspects of the welfare state have been retained during the tenure of every Government since 1945” (please see my website for my full speech) 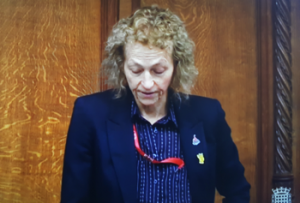 I spoke in the Private Members Bill on Parliamentary Constituencies on November 18th and informed the House on the point of the referendum – the number of peers are going up and number of MP’s will be coming down, but it will be the MPs who will have to take on the additional work of MEP’s when leaving the EU. I also stated that it has never been about cost, the Paymaster confirmed in Cabinet Questions that the overall cost of Government payroll is going to remain unchanged. #notaboutcost 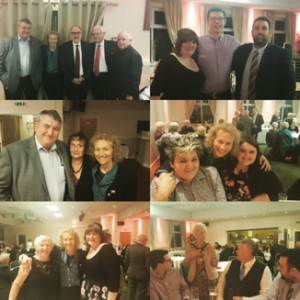 and he gave us a rousing speech about the need to fight for working communities and vulnerable people. A great night was had by all, and I would like to express my thanks to Cllr Sheila Penry for organising another fantastic event.

On Remembrance Sunday it was an honour to be at the service in St David’s Neath and to present a wreath at the Gnoll Memorial Gates in remembrance of those who have lost their lives fighting for their Country. The event is always well organised and I want to personally thank the Neath Branch of the Royal British Legion for all their hard work.

The All-Party Parliamentary Group for Runaway and Missing Children and Adults seeks to raise awareness of the issues faced by children and adults who run away or go missing, as well as the families they leave behind. 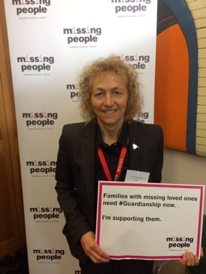 The APPG’s membership spans all of the main political parties in Westminster and both the Houses of Commons and Lords, which is testament to wide-reaching nature of the issue and the broad support the campaign has. The 17th Young Builder of the Year Awards celebrate the achievements of young people, who despite having to overcome a range of barriers have succeeded in training for and or gaining employment in the construction industry.The winners were announced at the Awards Ceremony, held at the House of Commons, on Wednesday 19th October 2016, and I was delighted to meet Alex from Neath who made the list.

It was great to meet the team from Nurses 4 Public Health and Flu Clinic. #westminsterfluday. 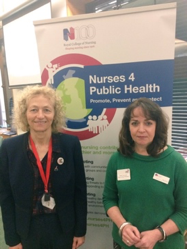 “Bingo players across the country, including those who play at the Castle Leisure Bingo Club in Neath, help to raised £250,000 for the industry’s charity partner, Variety, that will help the charity reach even more sick, disabled and disadvantaged children.” 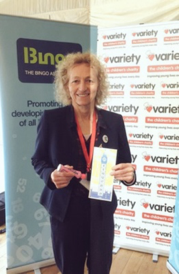 It was great to join bingo players in presenting this money to Variety, and to celebrate the National Bingo Game’s 30th Anniversary. 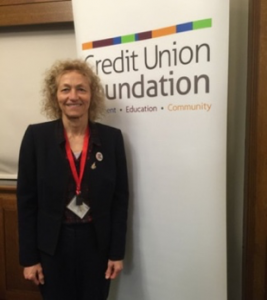 Each member makes regular payments into a range of savings accounts – this fund then provides the basis for preferential rate loans. The income generated by lending helps meet operating expenses, build reserves and pay savers an attractive annual dividend. Members are encouraged to save for their future, and in return they receive affordable credit, financial advice and a healthy return on their money.

Tax Credits are still a problem for many people, despite the Government’s u-turn last year. I was proud to work with my colleagues in Westminster in supporting all families who have had their tax credits incorrectly withdrawn by Concentrix. 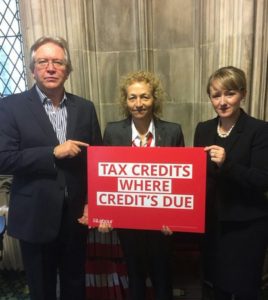 It was excellent to learn more about the work done by The Health Foundation, they are an independent charity committed to bringing about better health and health care for people in the UK. 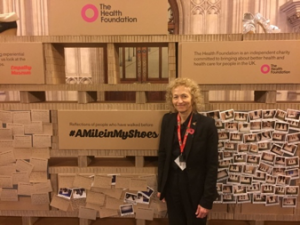 Launching their ‪#AMileInMyShoes campaign in Parliament, reflections of people who have walked before.

I was delighted to attend Youth Par 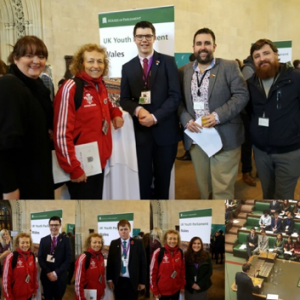 liament in House of Commons, the UK Youth Parliament provides opportunities for 11-18 year olds to use their elected voice to bring about social change through meaningful representation and campaigning.I was able to access the chamber and watch the number of debates between all YPUK representatives, very proud of my Parliamentary Assistant Matthew Van Rooyen who was on the front bench.

I also got to meet NPT representative Sian Bolton, well done to all involved.

I was delighted to attend The Aneurin Bevan Memorial Society’s Annual Lecture and hear guest speaker Baroness Ilora Finlay speak about palliative and integrated care in Wales. It was so inspiring to hear about her life story and her commitment to improving standards in end of life care, as well as public health in Wales.

Great work undertaken by outgoing chair Jeremy Miles and all the very best to the new chair Nick Thomas-Symonds. 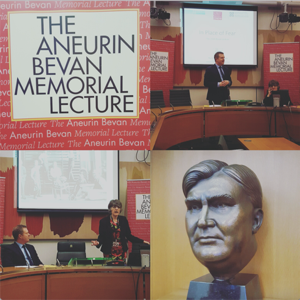 For young people today, the pressure to succeed is all around them, so much so that the National Society for the Prevention of Cruelty to Children reports a 200% increase in recent years in the number of young people seeking counselling over exam stress alone. For others, the coping method is more worrying: the Mental Health Foundation estimates that between one in 12 and one in 15 people self-harm, with some research suggesting that the UK has the highest rate of self-harm in Europe. We may be shocked by those figures, but many young people who self-harm do not harm themselves in a way that requires medical attention, so those numbers only show part of the picture. (For my full speech see my website).

Steel and the steel industry are essential to Wales and its economy, which is particularly the case for my constituency and the people of Neath. The notion that it doesn’t have a future is simply unthinkable. There 575 businesses which make up the steel industry, employing 31,000 people across the UK. Over 50% of these jobs are based in Yorkshire and Humberside, or Wales. (Please see my website for full speech).

People who are cruel to animals are cowards, bullies and thugs and include those who have made money from dog fighting or puppy farms. Some own a dangerous dog to enhance their hard image. It is not a new problem—it is a long-term societal issue. (For my full speech please see my website).

The South Wales Police Federation constables branch board chair, Steve Treharne, wrote to me recently about the safety of police officers, but he also talked about the need to give the same protections to police animals, as an extension of what he called the police family. I asked the Government does he agree that it is time that police animals were given the same status?

Animals are sentient beings. They are capable of feelings, emotions and pain. The law currently regards animals as mere property that is capable of being destroyed or damaged under the 1971 Act. Does the hon. Gentleman agree that this law must be changed so that animals are given the protection they deserve?

Women and men have paid national insurance in the expectation of receiving a state pension. That is the deal, plain and simple: people pay in, and they get their entitlement. They do not expect the Government, without effective notice, to change the rules. Does he agree that the impact of the changes to the state pension age cannot be seen in isolation from the impact of historical gender inequality?