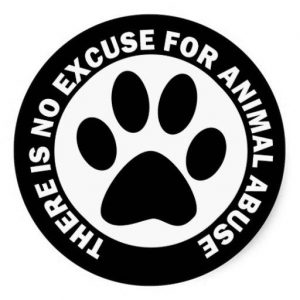 It is a pleasure to serve under your chairmanship, Mr Hollobone. I am pleased to respond to today’s very important debate, and I am profoundly grateful to my hon. Friend Anna Turley for securing it. I commend the work she is doing on animal welfare, particularly with the private Member’s Bill she is sponsoring.

Alongside other Members on this side of the House, I fully support the campaign. Given the cases of animal cruelty in the Minister’s East Surrey constituency, I hope he will be equally supportive. As my hon. Friends know, I am a big softie when it comes to animals. I cried when I watched “Bambi”. When the television adverts about animal cruelty come on, I swap channels. I am the proud granny and sitter of our baby, Reg the Staffie, who is my daughter Angharad’s dog. He is 11 and has fought off cancer four times. He is a gentle soul who is brighter than some people I know. He is completely loyal. One day I took him to the sand dunes for a walk and a woman came along with four Rottweilers off their leads, and they attacked Reg. He was being savaged by four of the biggest dogs I had ever seen. Not thinking about my own safety, I dived in, because that is what we do when we love our dogs. The woman seemed quite unconcerned when she tried to call them off, and therein lies the problem—responsible ownership. The problem is with people, not animals. Pets give us unconditional love, and owners should return that love and not treat animals in the way that some have, as Members have told us today. Reg, I am pleased to say, is okay.

People who are cruel to animals are cowards, bullies and thugs and include those who have made money from dog farming or puppy farms. Some own a dangerous dog to enhance their hard image. The majority of people treat animals well, but we are here today to talk about those who do not. It is not a new problem—it is a long-term societal issue.

The stories that have been mentioned today have been devastating—please forgive me, but in the short time I have, I will not mention Members individually—but it is not the first time these stories have been told and it is not the first time the issue has been debated in this House. In 2013, the House debated RSPCA prosecutions. In October 2013, there was a debate on sentencing tariffs. In July 2015, we debated sentencing for cruelty to domestic pets. In March this year, we debated sentencing for dog theft. In June this year, we debated dog fighting. Today, we debate animal cruelty sentencing.

In a report published on 21 September 2016 by the Justice Committee, it stated:

“Specifically the intention is to ensure that the most serious cases do attract custodial sentences and that the length of such sentences is appropriate, while also providing more nuanced factors for judging the seriousness of an offence.”

That report goes on to conclude:

“We agree with the Sentencing Council’s proposals regarding animal cruelty offences and welcome the seriousness attached to the gravest of cases for such offences.”

Despite that, the Government are yet to make any significant changes. The Minister and his colleagues have simply sat on their hands and provided empty excuses for their complacency. Will the Minister please commit to changing the law for the vulnerable animals that have been exploited and abused, so that their attackers will face justice that reflects the true gravity of their actions?

I look forward to the Minister answering the questions posed by my hon. Friend the Member for Redcar and other Members. Will he also consider unduly lenient sentencing and uplifting sentences? Will he monitor, reassess and review sentences? Does he think that prosecutors should undergo special training for cruelty against animal cases? Will he consider making offences triable either way or making it so that the most serious go to the Crown court? I am sure all hon. Members will agree that this debate will send out a strong and powerful message that animal cruelty must stop and that sentences must represent the seriousness of these crimes.