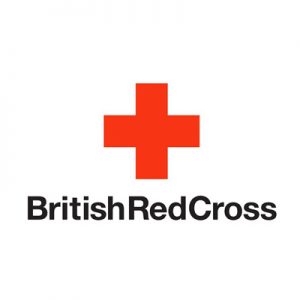 Up to 59% of ‘pre-hospital’ deaths from injury could potentially be prevented if more people stepped in with some simple first aid, according to new research commissioned by the British Red Cross and conducted by the University of Manchester. The research was launched in Westminster on Tuesday 6th September.

Whilst 93% will call for an ambulance if they find someone with an injury, first aid intervention of any kind was infrequent. Around half did not attempt any first aid while waiting for the emergency medical services to arrive*. I learnt two simple first aid skills and pledged support for others to also have the opportunity to gain the confidence and learn the skills that could save a life.

The research, which has studied data from coroners’ offices, was last carried out 22 years ago by Prof Anthony Redmond, who also led the new research which was conducted by Dr Govind Oliver from the University of Manchester Humanitarian and Conflict Response Institute.

“The good news is that most people are calling 999. But after calling 999 we want people to then do something in those crucial minutes before the ambulance arrives, every person needs to recognise that in an emergency, you are part of the ‘chain of survival.”

The British Red Cross is calling for everyone in the UK to learn two basic first aid skills that could help to prevent the number of people who die from injuries, such as those resulting from falls or road traffic accidents, before reaching hospital.

“Sadly in the majority of deaths we looked at, the simplest interventions could have helped keep someone alive until they got to hospital. For example something as simple as turning someone on their side and tilting their head back to keep their airway open – could be all it takes to make that difference between life and death in certain situations”.

The charity is calling for more opportunities to learn first aid throughout one’s lifetime, starting at school, but also through the driving test and public health initiatives.

Will Quince MP (Conservative, Colchester) who hosted the launch event in Parliament, said:

“It is quite shocking that people are dying when their lives could potentially have been saved through simple actions. This highlights a serious need for our population to be more widely educated in first aid.

I fully support the British Red Cross’ calls for first aid education to be mandatory in schools and as part of the driving test, something that I already proposed through a 10-minute rule bill in Parliament last March. Let’s hope more progress can be made with this latest research.”

The latest research follows the British Red Cross, St John Ambulance and British Heart Foundation ‘Every Child a Lifesaver’ campaign last year in support of Teresa Pearce MP’s Private Members’ Bill to make first aid mandatory in all state-funded secondary schools in England. Despite widespread support the Bill was ‘talked out’ and did not progress past its second reading.

Find the report and more about the British Red Cross campaign online at: redcross.org.uk/dontstopat999