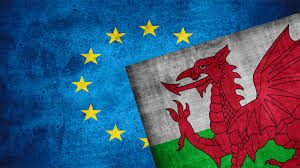 The uncertainties of leaving the European Union are hazardous and wide ranging. Structural funding, environmental protections and workers’ rights, trade with the EU and the impact on the economy and growth are all areas of concern for the businesses and people of Wales. The lack of clarity is both frustrating and worrying, as the absence of a plan creates an inertia that stalls economic growth and investment. Businesses in Wales have already suffered from the impact of austerity and poor economic UK growth since 2010.

The Office for Budget Responsibility has estimated that cumulative potential output growth will be 2.4 per- centage points lower than it would otherwise have been in 2021 had the referendum not happened. Growth forecasts from the consultancy company Oxford Economics have been downgraded in all regions, with growth in Wales expected to be about 0.25 percentage points lower than the pre-referendum forecast.

Structural funding has played an important role in the regeneration of a post-industrial Wales. The statistics may suggest that it has struggled to achieve its aim of increasing GDP and wealth, but that is not the whole story. When I visit communities across my constituency and the wider region, I find vibrancy, tenacity and life, despite hardship and economic decline. In the last round of funding, projects financed through our membership of the European Union across Neath Port Talbot have helped to launch 485 businesses, support 7,300 people into work, create 1,355 jobs, provide 14,870 qualifications and enable close to 5,000 people to complete an EU-funded apprenticeship—all in that county borough alone.

Projects such as the £22 million valleys regional park have built the tourism infrastructure of my constituency, and more and more visitors are coming to enjoy the beautiful scenery of Gnoll country park and the industrial heritage of Aberdulais Falls. The regional essential skills scheme has helped thousands of people to acquire the competencies necessary to return to work. Neath Port Talbot has also been a lead partner on the pioneering transitional employment initiative, Workways.

I must pay tribute at this point to the leader of Neath Port Talbot Council, Ali Thomas, who last night announced that he will be standing down after many years of service. In fact, he took over from the previous leader, Derek Vaughan, who went on to become our Labour MEP. They are two great men of Neath.

Neath Port Talbot has been the lead partner on the pioneering transitional employment initiative, Workways, which has helped to tackle barriers that prevent individuals from finding or returning to employment by supporting the job search, CV writing and interview skills, and access to training. The Workways project would never have happened without EU structural funds. It received a contribution of £16.7 million towards its overall costs. The scheme is held in such high regard that a second phase has been funded—Workways Plus—which began in April this year and will support at least a further 1,000 people into employment.

Swansea University’s science and innovation campus, the Bay campus, which has had a substantial impact on Neath and the region, simply would not have happened without the £95 million of funding received from the European Union. Derek Vaughan’s legacy before he left as leader of Neath Port Talbot County Borough Council was to make sure that the campus was just inside the council area.

Not only will SPECIFIC lose its funding, but it will lose its potential market: it could sell its innovative products to Europe. Also, 16,000 farmers gain direct subsidies from the common agricultural policy. More than 90% would go bust without continuing subsidies from the UK Government via Europe.

Those examples illustrate direct investment across the public and voluntary sectors, but we must note the derived benefits to the private sector and all forms of business. Projects such as Swansea University’s Bay campus have supported hundreds of local businesses—contractors, subcontractors, cafés, shops, fuel stations and bus companies; the list goes on. Those who have been on an EU-funded training scheme have taken up employment with local businesses, which in turn have benefited from a revitalised, skilled workforce. The businesses that make up our tourism industry have been safeguarded and developed through additional investment in projects that have encouraged visitors to the area, who have been renting accommodation, eating out in restaurants and pubs, and enjoying the activities and facilities run by local businesses.

The triggering of article 50 is a leap into the unknown. Any process or deal on exiting the EU needs full scrutiny. The Government need to be held to account for their decision, whether it is for a hard Brexit or a red, white and blue Brexit. Whichever Brexit we end up with, we need fully to consider the implications of a Britain outside the single market or the customs union. The British Retail Consortium has already suggested that if we rely on World Trade Organisation rules and tariffs, the price of meat will rise by 27%, and of clothing and footwear by 16%. Those are costs that my constituents can ill afford during the good times, without the loss of funding and the threat of unemployment on top of that. What will the Government do to protect the 100,000 jobs in Wales that depend on our trade with Europe?

Beyond the fear of losing structural funding and trade with the EU, my constituents have concerns about the protection of workers’ rights. We have already seen this Tory Government going at it hammer and tongs over assent to the nasty and pernicious Trade Union Bill. How can we trust them on workers’ rights? I am simply not convinced that the Prime Minister and her Government will be committed to protecting workers’ rights after Brexit and the repeal of EU employment laws. As to whether EU regulations on businesses bring costs or benefits, I appreciate that there are arguments on both sides, and only time will reveal which of those opinions is true.

All in all, this is a troubling time for the people of Wales, and our businesses are no different. Some 95% of businesses in Wales employ fewer than 10 people, and it is those micro and part-time businesses that will suffer the most from poor UK growth, the absence of structural funds, the lack of a single market, and the disappearance of EU regulations.

My hon. and learned Friend Keir Starmer, our shadow Secretary of State for Exiting the EU, has said that we need to see the Government’s plan before article 50 is triggered. We need sufficient detail of the plan so that the Exiting the European Union Committee and other parliamentary Committees can scrutinise it. We need enough detail so that the Office for Budget Responsibility can cost the plan. We need the devolved nations, such as Wales, to have input, and we need consensus, so that the plan will work for 100% of people, not just 52% or 48%. I look forward to the Minister’s comments on the plan.