1st December – Leaving the EU: Regional Economic Effects.
My constituency is one of the most deprived areas in Europe. The last round of regional EU funding for Neath and Port Talbot launched 485 small and medium-sized enterprises, supported 7,300 people into work, and created 1,355 jobs and 5,000 apprenticeships. What is the Government’s plan to continue this vital financial support for Neath, Wales and the UK regions once the UK exits the EU? 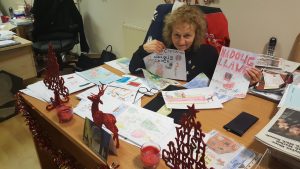 Overwhelmed with all the fantasmagorical entries from all the children in Neath in my first Christmas Card competition, very hard to choose a winner.

Delighted to be at the switch on of the Christmas lights at Melin Primary school with Mayoress Cllr Sheila Penry and Town Mayor John Warman, a fantastic event, well done to all staff and pupils involved. 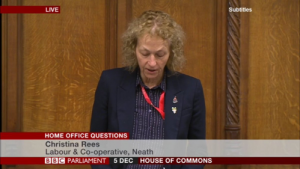 If the refugee family reunion section of UK immigration rules was widened, many refugee children could arrive directly from the conflict region rather than via Calais. I asked the Home Secretary commit to look again at these rules so that children do not have to risk their lives to be with their families? 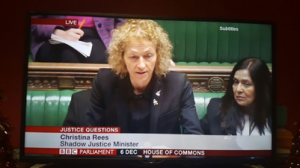 The prisons Minister also told the Justice Committee last week that, in order to recruit an extra 2,500 prison officers by 2018, the Ministry of Justice would have to recruit a total of 8,000 officers, due to the staff leaving rate. Michael Spurr said that the leaving rate after just the first year as a prison officer is 13.5%. How does the Secretary of State plan to retain the new staff who are leaving and the prison officers that she plans to recruit in future? Will she spend whatever it takes to get a grip on the crisis? 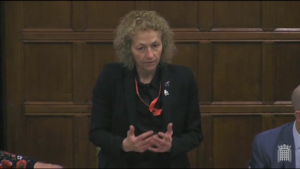 The Hendry report is good news for the Swansea bay tidal lagoon, after five years spent raising £48 million. The right hon. Gentleman is making a valid point about the jobs that it would create, but it would also create apprenticeships, which we in Wales need at the moment. What are his views on that? 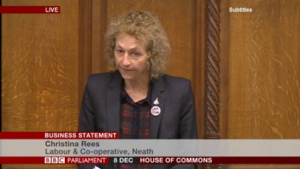 The Government have recently opened two important consultations, on reforming the whiplash claims process and on reforming the employment tribunal system. Both last around seven weeks, which includes the Christmas and new year period, meaning realistically, there are around 5 weeks to respond.

Guidance issued to Ministers in the last Labour Government was for any consultation to be a minimum of 12 weeks, with it to last longer if the consultation was open during a period when consultees are less able to respond (e.g. over summer or Christmas). The Coalition Government changed this, so consultations would last for a “proportionate amount if time”.

2 major consultations being given only a handful of weeks for responses is shameful. 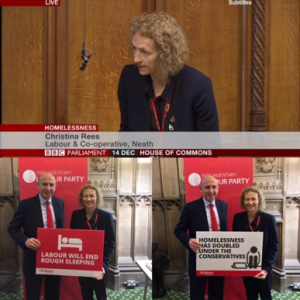 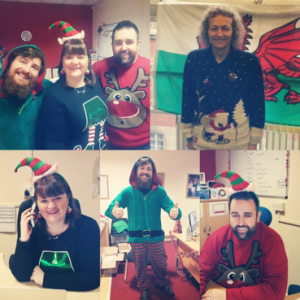 Great selection of shops in my constituency. 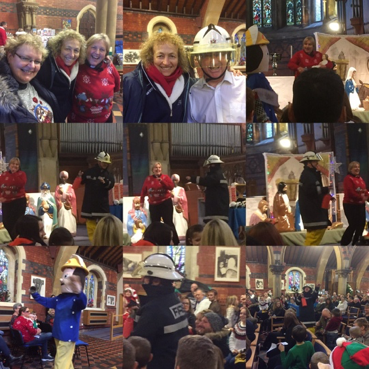