For part of last week and this week, the Budget has been looming large over the head of the Government. The Government has been in a complete shambles over their attempted cuts to PIP, enough of a shambles that they have managed to lose their Work and Pensions Secretary. Even though Labour managed to add amendments that successfully abolished the so-called tampon tax and also stopped any rise in the 5% rate on home insulation and renewables, as well as forcing the Government to u-turn on their proposed PIP cuts, they was still much to dislike in the Budget and for that reason I voted against it when it came to a vote on the night of Tuesday 22nd March.

On Thursday the 24th, just before the House went into recess for the Easter break, one of the last debates held was a backbench business debate on the recent Government announcement of the closure of 86 courts and tribunals across England and Wales, one of which is the Neath and Port Talbot Civil and Family Court. The debate was secured by Helen Hayes, the Labour MP for Dulwich and West Norwood, and Liz Saville-Roberts, the Plaid Cymru MP for Dwyfor Meirionydd. I was on the frontbench during the debate, listening to the excellent contributions from many members across the House, and I summed up for the Opposition. During the debate I highlighted to the Government that, ‘The latest court closures, which affect a fifth of the court estate, come on top of ongoing cuts in the sector. If they are not implemented fairly, they will lead increasingly to the creation of a two-tier justice system and seriously hamper access to justice, particularly for the most vulnerable in society.’

On Friday the 18th I visited a very sunny Ysgol Gyfun Ystalyfera to visit the construction site of their new building and to talk with the school council about being a politician and my time in Parliament. The questions from the students were very interesting and wide-ranging and it is great to see young people so interested in politics, and I must say that the new site looks very impressive and I can’t wait to see it completed! 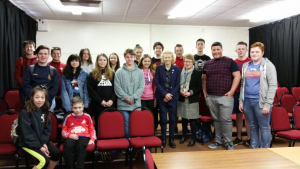 On the afternoon of the 18th, I visited Neath Veterans Group where we had a very interesting discussion about the need for a veterans’ referral scheme.

I had a busy morning on Saturday 19th. First was the book fayre, organised by Sian James, to raise money for Jeremy Miles’ Assembly campaign. A huge thank you has to go to the many people who donated books to be sold and those who gave up their time on Saturday morning to come along and visit as well as staff the stalls. A huge amount of money was raised ready for the upcoming short campaign.

After the book fayre, I headed out on the campaign trail around the Neath East ward with a hardy group of campaigners and our fantastic Labour MEP, Derek Vaughan. There was a good response on the doors and we managed to finish in time for the final Wales match! 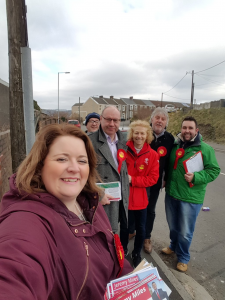 On a sunny Sunday, I went to watch the final match in the Women’s Six Nations to watch Wales Women play Italy Women. It was a fantastic match and the ladies put so much effort into the match but unfortunately lost 16-12. However there was a silver lining as Wales Women have now qualified for the World Cup. Congratulations, ladies! 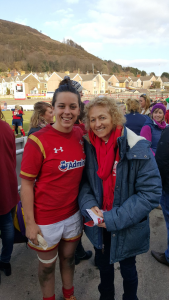 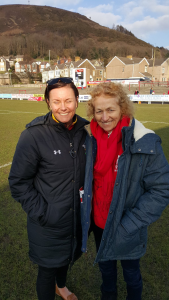 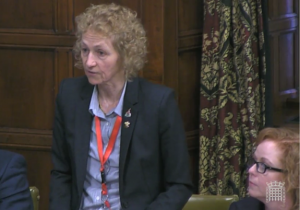 The morning of Wednesday 23rd I was in Westminster Hall to intervene on the Under Secretary of State for Justice, Dominic Raab, in a debate on legal guardianship and missing people. The debate was put forward to address the need for legislation that would bring relief to families in sorting out the financial and property affairs of missing people. During the debate, I said that, ‘I urge the Minister to proceed with the proposals as soon as possible and end the heartache.’ It is an issue that is very close to my heart and I hope that the Government will bring forward legislation very soon.

I was back in Westminster Hall on the afternoon of the 23rd in a debate on the Government’s failures to enforce the National Minimum Wage for care workers in England. During the debate I drew the stark contrast of how care workers are treated in England compared to the fantastic work which has been happening in Neath Port Talbot where a recent decision by the council means that not only are all council staff paid the National Minimum Wage but also for staff employed in private sector residential care homes, Neath Port Talbot will now meet in full the National Living Wage. I emphasised to the Minister, George Freeman, that, ‘Perhaps the mixed economy model will be adopted by the Government.’ 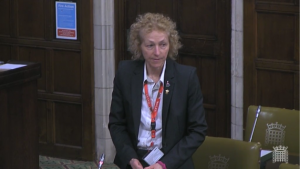 On the morning of Tuesday 22nd there was another meeting of the Bach Commission of Access to Justice where we heard evidence from Jonathan Black from the London Criminal Courts Solicitors’ Association and Zoe Gascoyne, the Specialist Crime and Fraud Practice Chair of the Criminal Law Solicitors Association as well as evidence from the Society of Labour Lawyers. 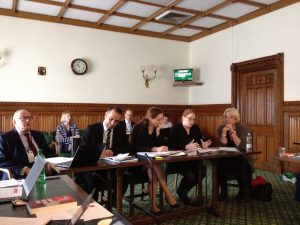 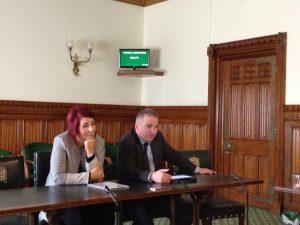 On Wednesday 23rd I attended an event, along with the constituent who had invited me – Dr Andrea Rauprich-Kaufold, held by World Vision UK, an amazing organisation that is the world’s largest international children’s charity, which is working to bring real hope to millions of children in the world’s hardest places. 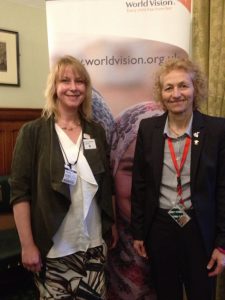