This week Parliament was in recess, but there was no relaxing as there was a very busy week in the constituency, with visits to many fantastic organisations and meeting extraordinary people.

I welcomed my new Parliamentary Assistant, Ellie Groves down from London to visit the constituency. One of the places I paid a visit to was Organised Kaos, a contemporary youth circus company based in Gwaun Cae Gurwen. Organised Kaos is a not-for-profit social enterprise where all the money they make is reinvested into their circus training school, making arts-based participation available to all members of the community. I was once again given a demonstration performance and the acrobats were incredible, contorting themselves and giving performances that looked amazing. I fully commend the work at Organised Kaos and will do all I can to support them in the future. 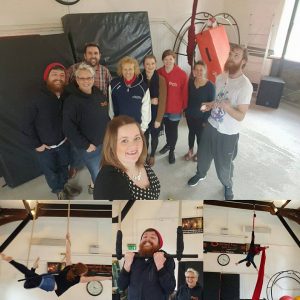 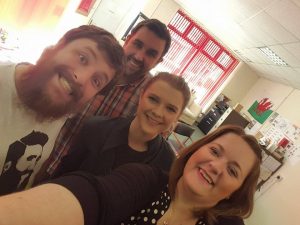 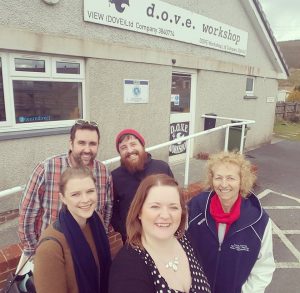 On Friday 8th April I went out on the campaign trail in Banwen with Assembly candidate Jeremy Miles, and also joining us were Andy Richards, Edwina Hart and of course Team Neath. We had an excellent response on the doors, and will be doing all we can to ensure Neath remains Red. 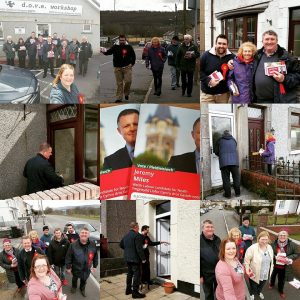 On Saturday 9th April, I attended Together for the Valleys Conference held in Merthyr Tydfil which was part of the campaign to re-elect a Welsh Labour Government, it was an opportunity for members from across the Valleys to come together to rally the troops and to look forward to what a Welsh Labour Government will deliver in an historic fifth term. 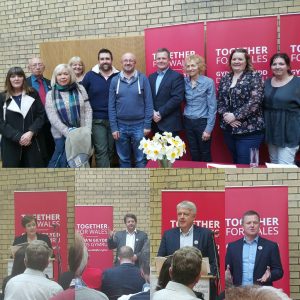