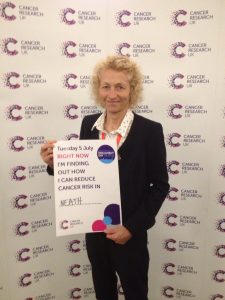 s basic research into cancer to identify causes and develop strategies for prevention, diagnosis, treatment, and cure. Cancer research ranges from epidemiology, molecular bioscience to the performance of clinical trials to evaluate and compare applications of the various cancer treatment. Each year nearly 300,000 people are diagnosed with cancer in the UK. It has been estimated that more than 1 in 3 people (33%) will develop cancer at some point in their lifetime. Cancers can occur at any age, but the risk. of developing cancer increases with age. In the early 1900s, few cancer patients had any hope of long-term survival. In the 1930s, about one in four was alive five years after treatment. About 491,400 Americans, or 4 of 10 patients who get cancer this year, are expected to be alive five years after diagnosis. 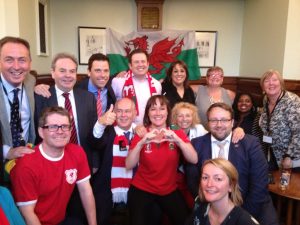 It was great to welcome Mike & Debbie Harvey to Prime Ministers questions on July 7th, very busy and interesting day. 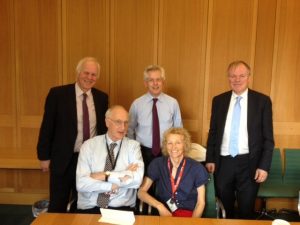 July 8th I attended the APPG on Squash and was Honoured to be Co-Chair with Lord Young; Vice-Chairs ‪Richard Graham MP ‪Nic Dakin MP and Secretary Clive Betts MP.

Out and about in the constituency.

July 7th I was Honoured to attend the official opening of ‪Tyr  Gwrhyd new welsh centre in Pontardawe. ‪#workingtogether. The project to establish a Welsh Centre in Pontardawe is a partnership between Academi Hywel Teifi, Swansea University and the Council of Neath Port Talbot. The project has received a grant of £ 300,000 from the Welsh Government through AIG Capital Forging Ahead 2015-16 to adapt the building and to purchase resources. Gwrhyd House will hold social activities, com 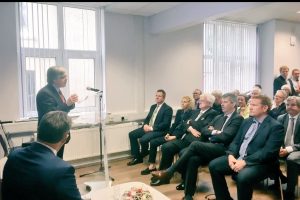 munity events and educational programs for all ages Welsh medium, as well as being home to a bookstore and offices. Organizations or businesses will be able to hire meeting rooms or Welsh office space for a short time or a long time and will also be home to the Office of Language Initiative Neath Port Talbot, supporting Initiative projects to promote the use of Welsh in the area . The name derives from the House Gwrhyd Gwrhyd Mountain, one of the mountains of the Swansea Valley, but the word ‘fathoms’ also broader meanings befitting the nature and objectives of the new initiative. The aim was embedded deep in the center of the community will be served, and so unique and familiar name was chosen one of the mountains of the area, in order to reflect that the language is entrenched in that community as the mountain itself. There’s fathoms’ two other respects. Can mean the difference between long arms outstretched and man when they will aim Gwrhyd House extended arms around the community and languages, welcome and support. Another is the meaning of resilience, courage and bravery. The hope in establishing Gwrhyd House is insisting robustness to the Centre and the Welsh language when trying to prevent the deterioration of language in the Upper Amman and Neath Valley.

July 7th, I attended a ward meeting later that evening in Pontardawe along with Jeremy Miles, great discussions, thanks for inviting us.

I attended Maes Y Coeds annual concert on July 8th, which was a

Later that evening I attended Cadoxton and Dulais Valley ward meeting, very good turnout in both and great discussions were had. 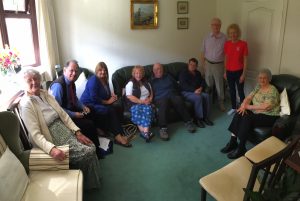 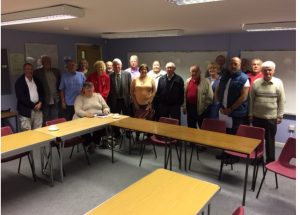 On Sunday July 10th I attended the commemoration of The Battle 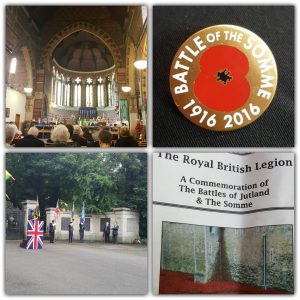 of The Somme and Jutland in St David’s a very moving service, we travelled up to the memorial gates to lay wreaths in respect. The Somme was fought between July 1 and November 1, 1916 near the Somme River in France, it was also one of the bloodiest military battles in history. On the first day alone, the British suffered more than 57,000 casualties, and by the end of the campaign the Allies and Central Powers would lose more than 1.5 million men. Battle of Jutland. The Battle of Jutland (German: Skagerrakschlacht, the Battle of Skagerrak) was a naval battle fought by the British Royal Navy’s Grand Fleet under Admiral Sir John Jellicoe, against the Imperial German Navy’s High Seas Fleet under Vice-Admiral Reinhard Scheer during the First World War.

It was lovely to attend the civic service later that afternoon for Neath Port Talbot Mayor Cllr Sheila Penry, great to be with so many friends. 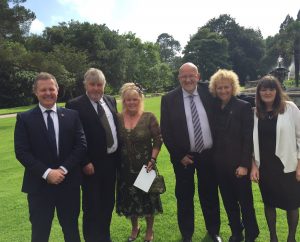