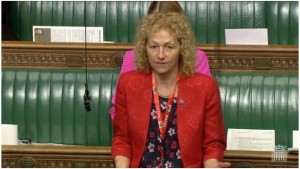 This past Tuesday I asked Nick Boles MP, Minister for Skills and Equalities, if he thought the UK Government could learn any lessons from the Welsh Government’s very successful Jobs Growth Wales programme, which he agreed they could.

On Wednesday I spoke in a debate on the importance of equal pay, specifically for women, but also making the point that pay needs to be fair across regions and communities, as well as gender, otherwise even with equal pay, women in Neath wouldn’t earn a fair wage. 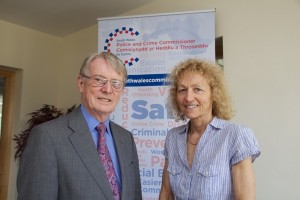 My week came to a close with a meeting with Alun Michael, Police and Crime Commissioner for South Wales, where we were able to talk about the legislation going through parliament on New Psychoactive Substances, and what would help our local Police force tackle the issue in Neath.

I then visited St. Thomas Church’s Annual Flower Festival. The Flower Guild Chair, Margaret Coleman, widow of the late Donald Coleman MP for Neath 1964-91, guided me around the fantastic flower arrangements. It was great to see so many excellent contributions, and it was evident how much hard work had gone into them. The flower festival was a real showcase of the community spirit in Neath. 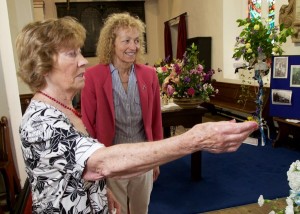 On Saturday I attended the Welsh Labour Policy Forum, and my weekend ended by attending the Leadership Hustings in Cardiff City Hall on Sunday, where it was great to see so many people turn out and take an interest in such an important campaign in the future of the Labour Party.

This week I have already asked the Home Office Minister about the potential effects repealing the Human Rights Act would have on violence against women and girls.

Today, I spoke in a Westminster Hall debate on the reform of Job Centre Plus, and the need to support the work of local voluntary and community organisations to deliver appropriate services to people in their pursuit for good quality, sustainable employment.

I am looking forward to returning to the constituency on Friday, when I will be accompanying Ysgol Maes y Coed to the awards ceremony of the Welsh Heritage Schools Initiative competition which they’re competing in. The school have produced some excellent work, so we’re all hoping they get the recognition they deserve. 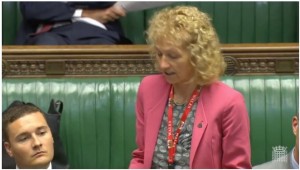 The evening will see me attend the unveiling of the Andrew Vicari painting donated by the artist to St. Thomas’ Church, which will be a great event and another chapter in the great history of Neath.