On Monday 7th September the House reconvened, and I returned to London. During this past fortnight I have been as busy as ever, and below is an outline of my contributions in Westminster:

On Monday, I asked the Minister for Communities and Local Government

what the Government’s plans are to extend the use of “the International Aid Budget to help Local Authorities assist refugees” from a one-off payment and whether Local Authorities in Wales will receive any moneys from the International Aid Budget now or in the future. Greg Clark responded that “representatives of local government are participants on the ministerial committee that is putting those arrangements in place. We will take their advice to ensure that all the different costs that are incurred by authorities are sensibly addressed in the settlement that we provide.” Guesses about what that answer means on the back of a postcard before the next GC, please.

On Wednesday I asked if the Secretary of State for Wales “allows made-up quotes to be included in leaflets from the Wales Office. If not, does he think and whether it is acceptable that DWP used made-up quotes about benefits sanctions”. Stephen Crabb, staying true to his name, scuttled sideways on his response, saying “The information the hon. Lady refers to was used for illustrative purposes only. I think it is actually helpful to provide information based around real-life case studies so that people can understand how changes we make affect families in different circumstances.” A very fishy response 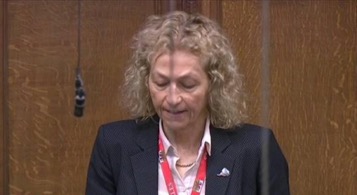 In questions to the Minister for Energy and Climate Change, I asked about the promotion of renewable energy, and the timing of the Tidal Lagoon Swansea Bay project, as the constituents of Neath “are eagerly awaiting the job opportunities and apprenticeships that will follow.” Andrea Leadsom, the Minister of State at Energy and Climate Change said, “the Government are incredibly keen on these new technologies, and we are looking closely at that tidal lagoon and doing our due diligence. The Government would like to support that project, but it must of course offer value for money. It has gone through the first stage of the process and it will take some time, but I assure the hon. Lady that that project, are on this Government’s agenda.”  Apparently, the Government is choosing not to make waves at this point so I have followed this up with a letter and a written question.

I asked a series of questions of the Justice Minister with regards to the current proposals to reform the court system, and raised issues such as journey times to travel to court, the criteria of the same, the use of empty court buildings, and the maintenance of efficient, local justice.  A full list of my questions and the response can be found here:

I asked the Minister for the Environment, Food and Rural Affairs about the import of puppies to the UK from overseas puppy farms and whether sufficient controls are in place to safeguard animal welfare.

Interventions in the Chamber

I intervened in the Chamber on the Trade Union Bill which is the worst attack on workers’ rights since the days of Thatcher. During the debate, I made the point that because local government and public services are completely devolved to Wales, the measures in the bill and the check-off could not possible apply in Wales.

I also participated in the urgent debate on the UK steel industry. I mentioned that “Good quality jobs are desperately needed in our communities. We want to grow these jobs, not see a slow and inevitable decline of the UK steel industry.”  I also urged Anna Soubry, the Minister for Small Business “to urge the government to address these issues as a matter of extreme urgency.” I and all the members who spoke in this urgent debate asked the government to hold a summit of important stakeholders. At the end of the debate we were overjoyed when the Minister granted a summit.

I participated in meetings of the Justice and Welsh Affairs committee, and in the latter questioned Secretary of State Stephen Crabb about the Severn Bridge tolls, asking him: “What progress has been made since the Westminster Hall debate on the future of the tolls?” I asked him as well, whether there are any plans to devolve the tolls, seeing as Nigel Farage seems to think they are already devolved to Wales. 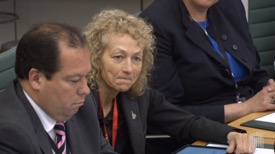 I attended APPG meetings on Welsh Tourism, Animal Welfare and Sport.  I also attended the special screening of “Jack to a King – The Swansea City Story”, arranged by Carolyn Harris MP for Swansea East.

I am looking forward to Party Conference Recess and attending Conference in Brighton where I am scheduled to attend a number of talks and fringe events pertinent to Neath.

If anyone would like more information on my constituency and parliamentary work please do not hesitate to get in touch.