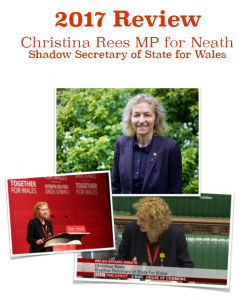 May I take this opportunity to wish you a very happy, healthy and prosperous New Year; I am looking forward to working with you all.

It can be argued that politics has been a like living in a volcano since the 2015 General Election, a night which no one could have predicted and which saw David Cameron return to Government with the first Tory majority in over 20 years. Indeed, things have become increasingly unpredictable, and in 2016 we witnessed a referendum result which would change our membership and relationship with the European Referendum; David Cameron resign and Theresa May installed as Prime Minister; and across the pond Donald Trump confounded all predications to become the US President.