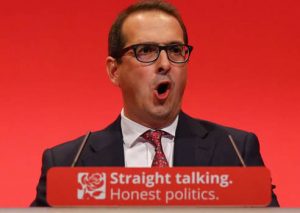 Yesterday I was proud to attend the launch of Owen Smith’s campaign to become the Leader of the Labour Party.

I am a loyal person, and have devoted my life to the Labour Party. I have always supported the democratically elected leader but it has become clear over recent weeks that Jeremy Corbyn has lost the support of our party and his Parliamentary group.

We need a Leader who can not only unite the Party, but inspire us all and develop a set of policies that will reach out to communities across Wales and the UK. To oppose austerity is one thing; to have a positive, proactive vision is something else. Owen has this in abundance – a £200bn British New Deal, plans to re-nationalise the railways and a commitment to offer a referendum on any Brexit deal. These are just some of his excellent ideas.

Beyond a bold, ambitious vision of a prosperous UK, Owen also has enormous ability and leadership qualities, and will undoubtedly lead a united, committed Parliamentary Labour Party, as well as remaining grounded and in touch with members from all over the UK. Owen is not just campaigning to be the next Leader of the Labour Party; he’s campaigning to be the next Prime Minister.

It is for all these reasons that I am nominating Owen Smith as the unity candidate in the Labour Leadership contest and offer him my full support during his campaign.

A full video of Owen’s speech launching his campaign can found at: