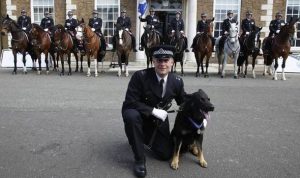 The South Wales Police Federation constables branch board chair, Steve Treharne, wrote to me recently about the safety of police officers, but he also talked about the need to give the same protections to police animals, as an extension of what he called the police family. I asked the Government do they agree that it is time that police animals were given the same status?

Animals are sentient beings. They are capable of feelings, emotions and pain. The law currently regards animals as mere property that is capable of being destroyed or damaged under the 1971 Act. I also asked the Government do they agree that this law must be changed so that animals are given the protection they deserve?